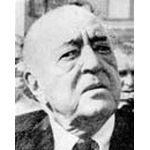 Product Description:
Brno Chair (1930) is Mies Van Der Rohe masterpiece, paying tribute to early modernism's gravity-defying skyscrapers. The Brno Flat Chair mirrors the ground breaking simplicity of its original environment. A simple profile, clean lines and meticulous attention to detail have elevated the Brno Flat Chair to an icon of twentieth century furniture design. The Brno Flat chair has become a modern furniture classic.
Brno Flat chair is a more luxurious variant of the dining chair.
Brno Flat chair progressive design features a single steel tube that acts as the armrest, frame and chair legs. The comfortable seat and chair back are available in high quality leather or fabric.
The Chair is available in two versions: the Brno Tubular Chair and the Brno Flat Chair.